The Mordida Man by Ross Thomas
My rating: 4 of 5 stars

I’m a sucker for Ross Thomas books. I was reading this while suffering from a cold/flu and I was getting lost at the start juggling a number of characters but held on. Seemed to be more clever for the genre with the writing style and characters and a complicated plot.

I work with a lot of different sales “execs”. I’m not saying it’s a high-turnover job, but I work at a growing company so there have been lots of new folks who’ve come in.

We have a pretty extensive training program for all new employees, but also with the sales team. It’s mostly to make sure they’re “speaking our language” in a way and also are following procedures we’ve set out. We do calls and meetings in a certain way for the most part.

The ones who don’t excel are the ones that start out by saying things internally like – “Hey, I’ve been selling a long time and I know how to do this…” or “I’ve been in this space for quite a while, I’m listening to the training, but on my calls I prefer to do it this way…”. To be fair, they’re eager to start selling, but it’s a flag.

The ones who last and make more sales are the ones that pay attention to the training and then afterwards are always taking notes and going over the transcripts of their past calls. They look to see what went well or what didn’t. They ask themselves “what did the prospect ask about and how did we answer”? Etc. It’s pretty interesting to watch them work.

The Cocktail Waitress by James M. Cain
My rating: 4 of 5 stars

Good pulp and an interesting afterword by the editor who restored the manuscript. May not be to everyone’s tastes but I thought it was enjoyable

Manifold: Time by Stephen Baxter
My rating: 3 of 5 stars

I liked most of it, but I think the ending went over my head. I should stew on it for a few days and come back and update…

Maybe I missed something – seemed to show promise until the last fourth of the book. Not sure. I wanted to like it but…  ¯\_(ツ)_/¯

Phil still has the brochacho dick jokes but he spins a good yarn. It was more entertaining than I thought it’d be. It was a bit weird to read this so close to finishing Jens Voigt’s book. It’s like the flip side to that story and because of that feels more real in a way.

Well, that’ll teach me a lesson. I replied with a quick, not too-elaborate, note to an @AP_Sports account that happened to mention the word for the head covering women in some countries towards the east wear. Ugh – my phone’s been buzzing all night.

There are two main lessons I can learn from this-
1. Don’t ask questions on some news accounts (or to some people) – a lot of them just use Twitter as outbound blasts to get you to come to their sites. They don’t interact. That was my first problem.

2. My second problem was tweeting about anything that can be spun politically. I should have thought about that.

Crosstable: Chess player joins US after she was allegedly banned by Iran for not wearing hijab https://t.co/O0qv2PuZ02 pic.twitter.com/mY6Tal6tUZ

I only know of the story in a weird circular way. I like Chess, but I suck at it. I like chess references and analogies in movies and books, even though they go over my head a lot.  A long time ago I bought a personal finance book called Rich As A King (and listen to the accompanying podcast now and again).

The author of that book makes comparisons to setting up your finances to a chess game. It’s a good book and has good ideas. Chess Grandmaster Susan Polgar co-wrote the book. So I learned who Susan Polgar is. Great career, interesting history.

Anyhoo- last year or the year before I heard her name mentioned on “normal news” and I sat up because “I know that name”. She was (or is?) in charge of FIDE’s Commission for Women’s Chess.  Her name was in the news because of some drama. (In my reply to AP I thought she had been the equivalent to the national team coach.)

There was drama [short version] because Iran was awarded hosting rights for a big chess tournament. In Iran, all women players would have to wear a hijab. Iran is also known for suppressing women’s rights.

The leading US player at the time, Nazi Paikidze, said although she respects Iranian people, she didn’t think the country should have been awarded the women’s tournament and wouldn’t wear the head covering.

Polgar then got herself involved with the drama by saying:

But Hungarian Grandmaster Susan Polgar said in a statement that she would have “no issues with wearing a headscarf as long as it is the same for all players”.

She said: “When I visited different places with different cultures, I like to show my respect by dressing up in their traditional style of clothing . No one asked me to do it. I just do it out of respect.”

Long story short- there was back and forth between Polgar and Paikidze and the hosts of the tournament. Of course that story got spun in various ways and I should have remembered that part.

I should have read the story and researched more before erroneously thinking AP Sports’ authors would tweet back with clarification like other writers I follow. Now I have to go back and block a bunch of fake accounts.

Which brings me to another thing. Why doesn’t Twitter block fake accounts?

One other thing- Supposedly, the Iranian player just switched Chess federations, she didn’t defect or join the national team.

Should U.S. Female Chess Champion Nazí Paikidze Be Forced To Wear a Hijab?

Multiple people have now told me I’m wrong and that I should have gone with my gut regarding Baby Driver. It was entertaining to them, the only difference was they didn’t know about it before they went, so their expectations were much lower than mine. That allowed them to enjoy the flick and not dwell on it so much like me. ¯\_(ツ)_/¯ 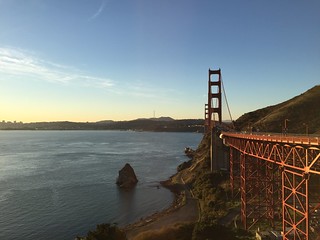 So the blog is back, but not back-back. They couldn’t restore the data. Or perhaps they didn’t even have it to restore, even though they said they did originally…And that db dump/backup is what contains my previous posts.

So I moved things to a new server. I’ll update the technical details in another post but for now I need to figure out when I can re-type and re-post the blog entries that were my most-searched and viewed. But hey, I have time.

In the meantime, remember to make your own backups. Don’t just rely on cloud services or other servers/services. Periodically make your own.

Stuff I was talking about this week, in case any of you are bored and want further reading:

Wine varietals: Corvina and Dornfelder. (I didn’t know Dornfelder was a ‘new’ varietal). I was referring to it because of I tried Loring‘s new Dornfelder. I was talking up Corvina because I had tried CB Wine Cellars new release. Yummo in both cases.

The band Tom was referring to was The Tragically Hip. Wikipedia and Final Concert Links

Clowns in the news, but not this one

There was an accident with the old blog and I’m still waiting for my ISP to recover the backup files. I’m starting a new instance of WordPress while I wait for those files to be set up. So anyway – here we are.

The new URL shouldn’t matter- most of you come to read the posts via social media/direct links. And the domain name isn’t new so….  ¯\_(ツ)_/¯

I hope I get the problem with the original DB resolved soon. I’ll let you know when I do.

October ’16 update: still no news from the hosting service. They said they had the files a while back, but I’ve yet to get any news (or the files themselves).